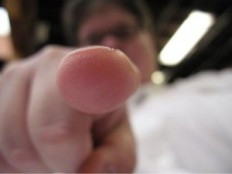 On behalf of PR agencies everywhere, thank you Amy Westervelt for your recent tell-all post on why startup companies need to stop pointing fingers at their PR firms and instead learn more about how editors and journalists do their jobs.

Amy is a freelance writer/editor/author and frequent contributor to business publications like Forbes, the WSJ, Bloomberg BusinessWeek and Fast Company among others. In her post, “Stop Complaining about Your PR Firm. Here’s How the Media Works,” Amy’s shares nine things about the media “that will hopefully help you figure out how to deal with us (and maybe your PR firm) better.”

One of the bigger challenges PR firms face in working with startups is the clients’ often unrealistic expectations when it comes to media coverage.  The combination of ego, drinking of the Kool-Aid when it comes to their offering/product, pressure by investors, over sensitivity as to what the competition is doing and general ADHD-related behavior can be toxic when it comes to building a mutually beneficial relationship between agency and startup.  Add in the factor of a client who has a fundamental misunderstanding of what compels a journalist to write an article and you have a recipe for disaster.

Any engagement with a new client should include a period of expectations setting that includes how agency and client are going to work together (roles & responsibilities) to achieve the desired results of the communications program.  It’s during an expectation setting session, which should happen in the first week of a new relationship, when the agency account team should be able to find out how much the client actually knows about how the media works.  If the client is a startup, chances are the principals have limited exposure to the media and taking them through a primer would be invaluable to the relationship.

Ms. Westervelt makes a number of great points in her post, and I encourage you (if you’re a PR pro or a client) to read it in its entirety, but for now I wanted to spotlight a handful of her points.

Editors are important.  Freelancers are your best friend. So true. Freelance journalists are more prevalent and more influential than anytime in recent memory.  Unlike a staff writer, a freelancer like Amy may write for several publications. They can make more money by repurposing one article so that it might run in multiple publications, albeit with a different angle and fresh content.

The most important PR move you can make is to build and maintain relationships, and be patient.  Another great point here. Just because your PR firm was able to set up an interview with a journalist for you doesn’t mean that journalist is going to run right back to their office and bang out an article.  “Maybe I’m waiting for a newsy hook to peg it to,” Amy says.  The worse response by the agency is to harass the journalist to find out when the story is going to run “Because his or her client is sending equally as many emails.”

Stop worshiping at the altar of print media.  I think it’s still largely true that a print article is held in higher regard than an online-only piece.  Amy, however, says clients should thank their PR people for getting them mentioned in Time.com blogs.  “You may not get a photo of yourself in TIME to frame for your office,” she says, “but chances are those blog posts will be read more and pay back more over time than that one print hit will.”  Print stories still carry a ton of weight, then again, who buys TIME anymore?

And finally …The press release is dead, please stop trying to revive it.  Like you, I’m pretty tired of reading the press release is dead stories.  They’ve been showing up for years, yet thousands upon thousands of press releases are issued everyday in the U.S. though Amy maintains that “No one in the media reads press releases. Not a single person, I promise you.”  Really, Amy?  Members of the media still look to news releases to keep current on companies and their financials, business trends and for story ideas, among other reasons, including to occasionally mock PR people.

Otherwise, I think Amy’s post is spot on and I wouldn’t hesitate to share it verbatim with any startup.  Would you?